Microsoft has announced the second round of games that will arrive at the Game Pass during the month of January.

The novelties are practically the same for PC and Xbox, with the only difference from Rainbow Six Siege, which will reach the PC Game Pass (it was already available on that of Xbox consoles).

Today Danganronpa has been incorporated, the first delivery of the Visual Novels franchise of Kodak Kazakh, and Nobody Saves The World, what's new about the creators of Guacamole.

On day 20, Rainbow Six Extraction will arrive, Ubisoft EVE multiplayer, which will be available as a launch. The Hitman trilogy will also be direct, the friendly Paparazzi photography game and the return of the Sports Classic Windjammers 2. In addition, this day is also added Death's Door, the great RPG of Acid Nerve (Titan Souls).

Finally, at the end of the month we can try Take No Catsuit: The Drum Master, a delivery of the well-known bandage game franchise of NAMC.

These are the next games that will arrive at the Game Pass in the second half of January: 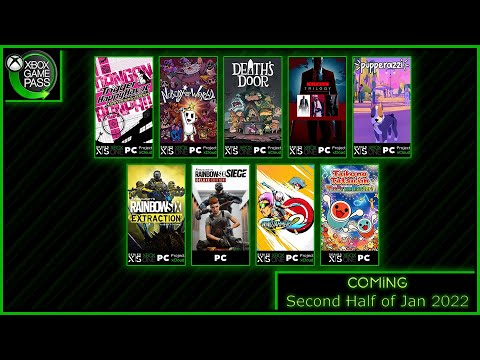